Fall Break with the Seiberts 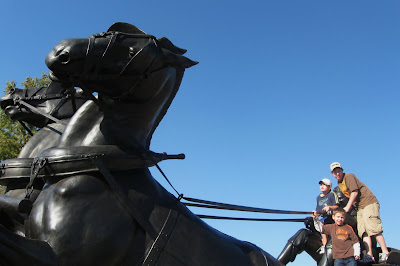 We had a beautiful fall day...seventy degrees.
The boys decided to climb the Land Run Sculptures. 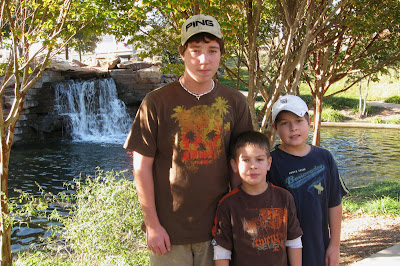 Blake, Benjamin and Brock on the canal. 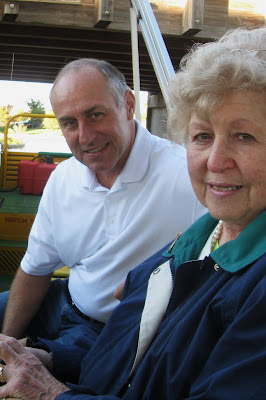 Eric and his mom, Helene Seibert. 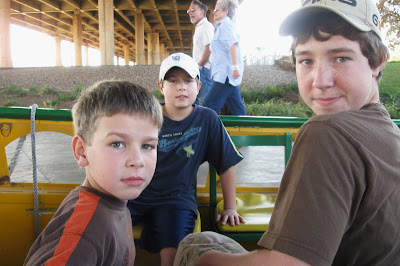 Three boys on the water taxi. 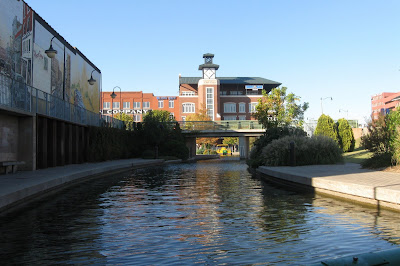 Our downtown canal was built in 1999. 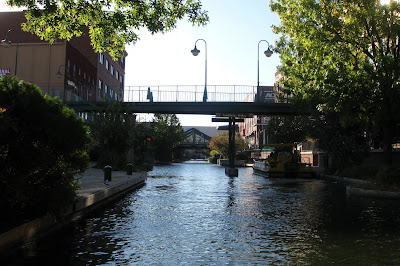 Its a fun way to see downtown Oklahoma City. 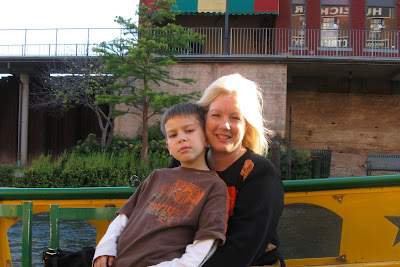 Brock and Tammy seeing the sights. 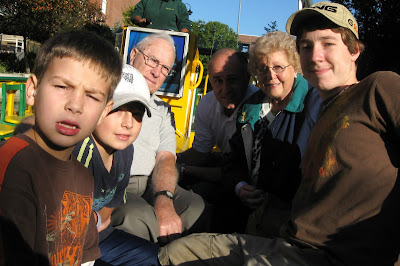 The whole family exploring OKC in the boat. 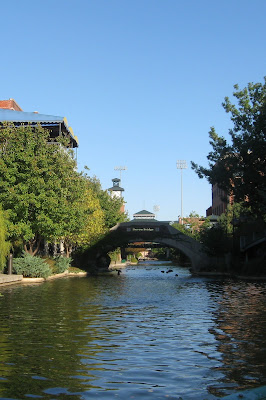 Looking back towards The Brick (OKC's ballpark). 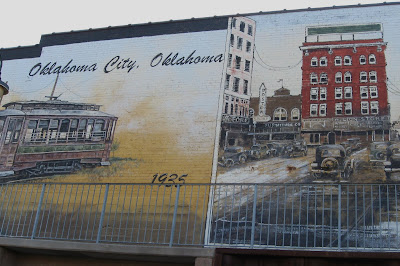 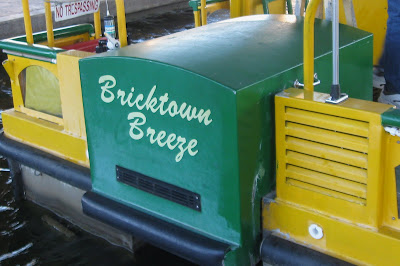 Bricktown Breeze was the name of our boat. 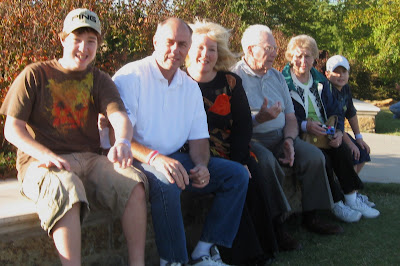 Eric's mom and dad have been visiting from Buffalo, New York. 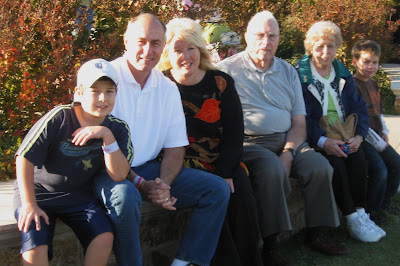 Someone said the weather in Buffalo is thirty one degrees today.
But the boys were happy that the Buffalo Bills won in overtime. 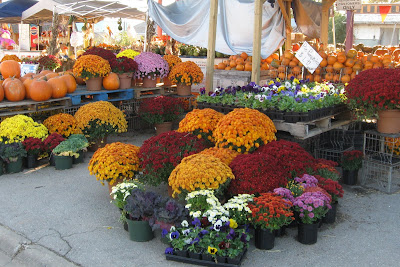 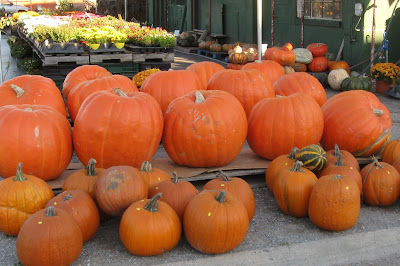 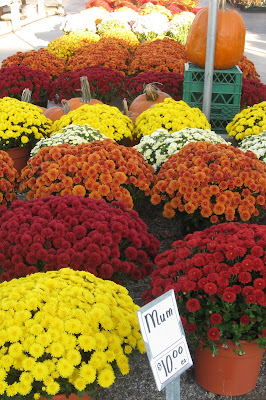 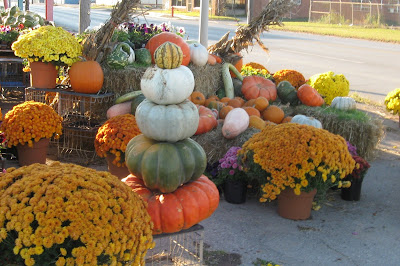 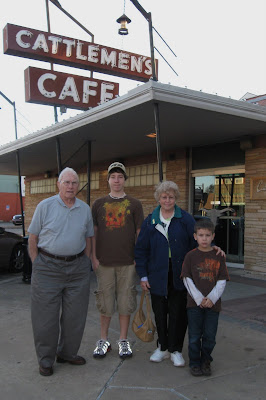 Off to have dinner at another OKC landmark - Cattlemen's Cafe. 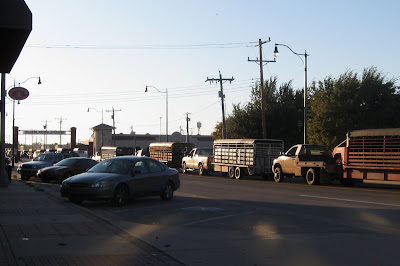 Yes, it is still one of the largest cattle auctions in the USA.
They were lined up in the street with their pickup and trailers and cows.
I love Oklahoma. 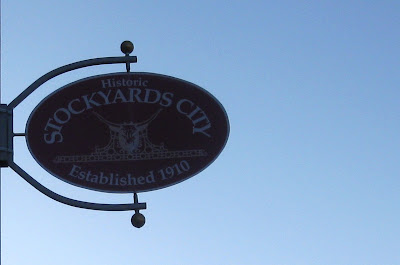 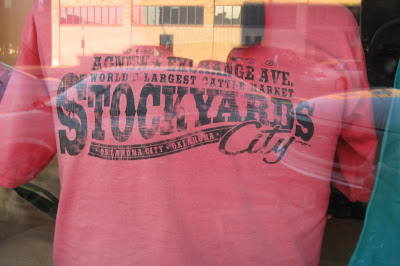 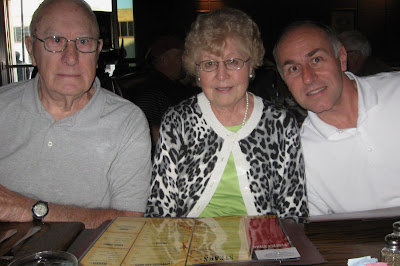 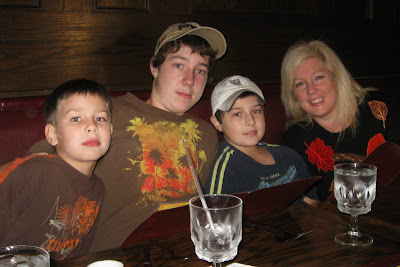 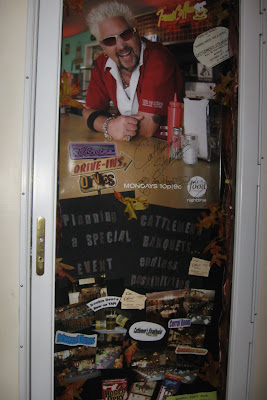 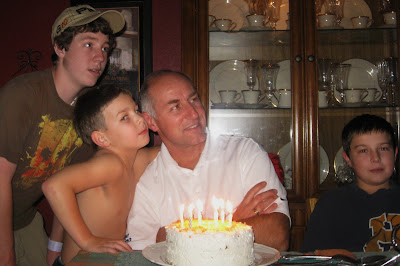 Back at home celebrating Eric's birthday...it's really on October 23rd but
we celebrated early with Eric's parents. 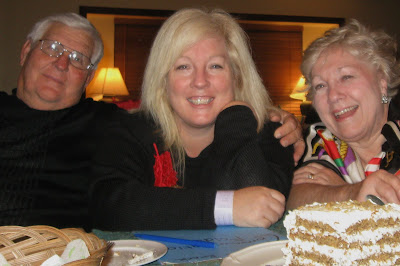 My mom and dad came over for cake and a visit.
Eric and I are very fortunate to have both our parents alive and well.
It's truly a legacy for our three boys.
Eric's parents are 81 and 83 and have been married 59 years.
My parents are 72 and 68 and have been married 52 years.
"Have I ever told you you're my hero?
You're everything I would like to be.
I can climb higher than an eagle.
You are the wind beneath my wings."
_ Larry Henley and Jeff Silbar.

Posted by Tammy Seibert at 9:33 AM

So nice to see everyone ! I appreciate your blog, being so far away in Buffalo.

Great photos! Loved seeing Mom and Dad enjoying their visit. We miss you very much! Thanks so much for a glimpse of OKC. 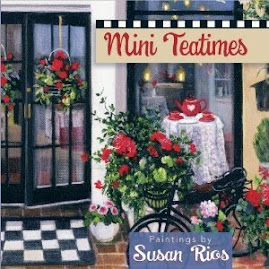 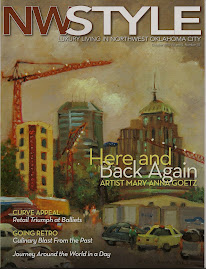 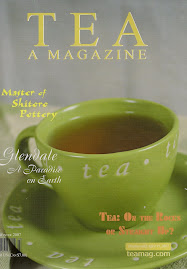 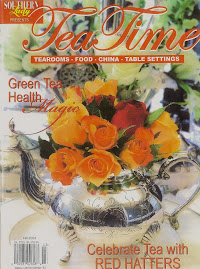